Rails, GraphQL, and TypeScript: a monolith worth trying

Ruby on Rails has been a powerful framework for building web apps for well over a decade. In recent years, Rails has expanded its capabilities to support modern frontend technologies with barely any configuration. In doing some proof-of-concept work for an app idea, I built a stack I’m quite happy with.

All of this was achieved with very little configuration thanks to Rails’ excellent defaults.

If you’d like to see a working example, I’ve built a proof-of-concept repository with these features fully set up. The commits mimic the steps in this post.

I began with a fresh Rails app, but it’s just as easy to set this up with an existing one, especially if you’re already using GraphQL and/or Webpacker.

If you’re just starting out with Rails, check out the official getting started guide. This walkthrough assumes you have a little familiarity with Rails.

The graphql gem makes setting up our GraphQL API as easy as running a few commands. First, add the gem to your Gemfile, somewhere above all the group declarations:

Then, update your dependencies and generate the GraphQL Ruby boilerplate:

This generator attempts to give you a nice GraphiQL UI to query your API in development, but it didn’t work for me out of the box. I had to add the following lines to app/assets/config/manifest.js. You may have to, too:

Restart your server. If you go to http://localhost:3000/graphiql, you’ll see a GraphiQL console in your browser so you can query your new GraphQL API. Run a query, just to make sure everything’s wired up properly. 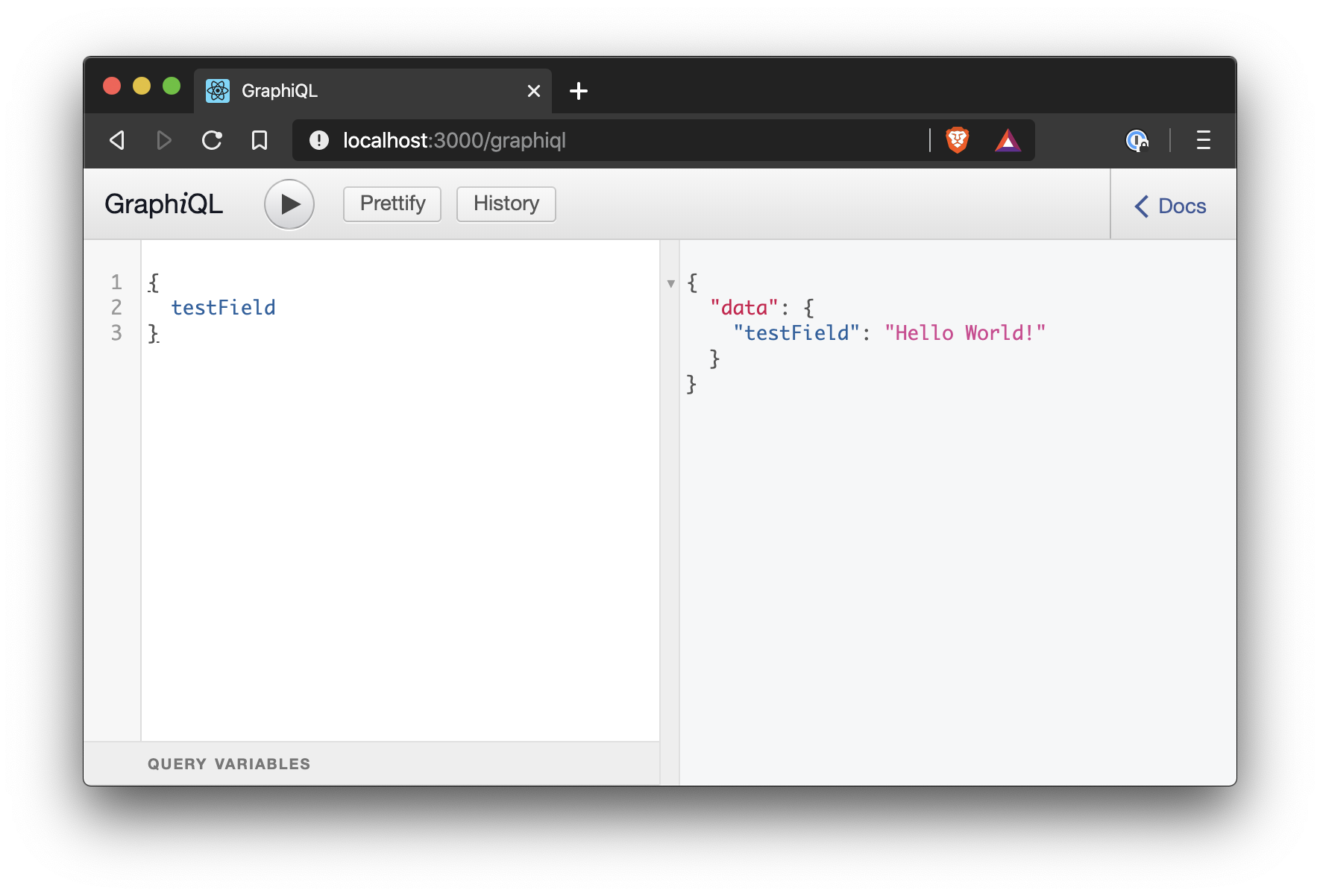 Setting up the frontend

Rails uses webpack to compile assets by default. If you’re on Rails 6, it’s likely already set up in your application. To set up TypeScript support, you can use a simple command provided by Webpacker:

This will add some configuration to Webpacker to enable TypeScript support. Let’s also convert Rails’ generated JavaScript file to TypeScript and delete the example file the generator produced:

Next, let’s set up a blank page just so we have a place to run our JavaScript. If you already have such a route, skip this part. For brevity, we’ll use ApplicationController, but in production you’d be best off making a controller specifically to serve your frontend. Any actions placed in ApplicationController will be inherited by all controllers in your application, which could lead to chaos.

Then define a route that sends requests to / to this route in config/routes.rb

Here you can also spot how, earlier, the graphql generator added a GraphQL endpoint and the GraphiQL page.

Finally, let’s add some code to application.ts to verify things are working. Rails also starts a few of its built-in library in this file—I’m going to leave those out from now on.

Refresh http://localhost:3000. You should see “Hello, world!” on the page and another, similarly zealous greeting in the console.

You might notice that loading the page took a while. This is because Webpacker is recompiling your whole webpack app on every request. You can instead tell Webpacker to run a separate development server that will recompile only when you change files. In a separate terminal, run this:

If you reload the page, you’ll see it’s super quick now. Rails automatically defers asset requests to the webpack development server rather than triggering a webpack compilation on every request.

Making GraphQL calls from our frontend

Let’s have our component actually run a GraphQL request against our API. First, install the Apollo client:

This comes with TypeScript typings for free. In fact, everything in Apollo’s ecosystem is written in TypeScript. You may have noticed we also added react—we won’t actually be using React in this tutorial, but the Apollo client is a React client. If this doesn’t work for you, you’re welcome to use any one of Apollo’s integrations with other frameworks.

Let’s set up the client in application.ts:

We’re extracting Rails’ CSRF token from the page and sending it along with the GraphQL requests—it’s one cool advantage of serving our frontend from Rails. An alternative strategy is to disable CSRF protection within GraphqlController.

Then, below that, we’ll tell the client to make a GraphQL request:

If you refresh the page, you should see the GraphQL API call result in the console. 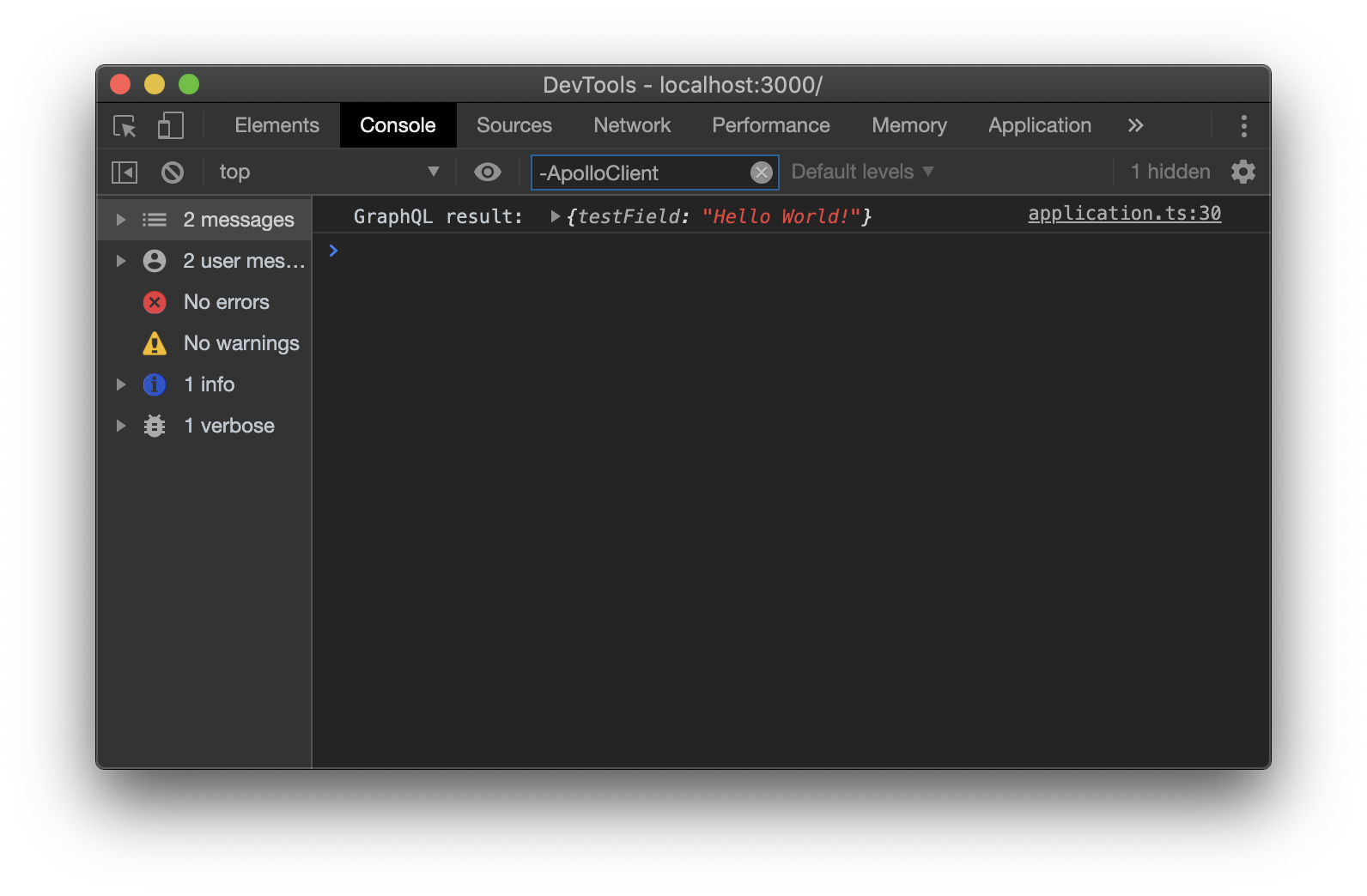 This section is the crux of this guide. Look in application.ts—TypeScript has no idea what result.data looks like. It could be an object, array, string, even a function—its type is any, and any is dangerous in this context.

Imagine you’re querying a user, but forget to ask for their name. Wouldn’t you like to know that result.data.name will never exist? If we had more complete types, such a mistake would be stopped at build time.

We need a way to know the shape of this response. We could generate it manually, but that’s tiresome, and feels silly when we have a GraphQL schema with sound typing.

Enter apollo client:codegen. It’s a code generator that can take a GraphQL schema, scan a repository for GraphQL queries, and turn them into type declarations. It supports TypeScript, Flow, and Swift.

Export the schema to SDL

First, we need our schema in a format Apollo understands. We can’t just pass it our Ruby file—Apollo doesn’t integrate at all with the GraphQL gem. Instead, we can tell GraphQL Ruby to output our schema in the GraphQL SDL (Schema Definition Language), which Apollo does understand. From there, Apollo can connect our schema to our queries and generate typings for each query.

The first step is getting GraphQL Ruby to give us the schema. Create lib/tasks/graphql.rake and define this task inside of it:

This creates app/graphql/schema.graphql, our schema in pure GraphQL SDL.

Set up the Apollo CLI

Now that this exists, we can easily tell the Apollo CLI how to generate types. Let’s first install it:

Then we’ll make a new file at the root of our directory, apollo.config.js, and tell it how to find everything we’ve built and where to put types. Again, replace MySchema with your schema name.

From top to bottom, we have:

Lastly, we’ll set up an NPM script to run our Rake task and the Apollo codegen. In package.json, add the following:

And now, with very little work, you’ve got types inside of app/javascript/packs/__generated__ for each of your queries. The name of each file (and interface inside each file) is the same as the name of your particular GraphQL query.

You should also run this command in CI whenever you compile your TypeScript—it’ll ensure your types are up-to-date before checking them.

Tying it all together

At last, we have all the pieces we need to add types to our GraphQL query. Open up application.ts again, and add the types that were generated.

Merely the fact that we wrote a query named Test caused its return type to be generated. This is great for us, because it means we can ensure that result.data is exactly the shape it will actually be in production.

Hope that was fun! If you have any questions or feedback, or just want to know when I write something else, follow me on Twitter. 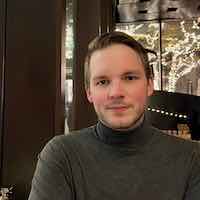